This is fate. The Maker’s way of saying;

I’m suppose to do this the way it is right now. On my own.

6 days after coming back from Sydney, I’m packed up and headed for Penang for 5 days. I only ever go back to Penang for Eid Fitr celebration because it’s my mum’s hometown. That or that one time when I stayed in Penang for a class trip back in college.

This is a whole different thing.

I’m rediscovering Penang  from a whole different point of view. I call it The Obscura Point of View.

Initially I plan to go for Obscura Photography Festival on my own for Che Mat’s Workshop then it became a team plan until 2 days before I came back only to know that some people weren’t happy about the plan. Then I’m back to square one.

Considering I’ve paid for the workshop and my flight, I might as well just go anyway even if this would be my first solo trip in Malaysia. I mean c’mon, it’s Penang for god sake. It’s generally a lot better than Kuala Lumpur; what with the haze and all.

So, Penang is a go no matter what. It’s easier to go according to your own plan rather than depend on others anyways. Except that as days go by, I get to know more people who are interested to go for the trip. Each one arriving on different days. Whaddya know? I got a bunch of like-minded folks for a super cool event again.

It was slightly weird. I think to be in a familiar place you’ve been countless of times but this time for a different reason. Touched down at Penang International Airport was odd – the last time I flew here was in Dec ’09 to see my late grandma. Even then it was a 12 hours thing. So being here again sorta kinda made me reclaim all these memories for better hopefully.

Instead of heading to Green Lane or Gurney Drive as I would have usually with my parents,

Very odd feeling, a good one I’m sure. Unsure most of the time but good nonetheless. And being the typical me, I’ll grab by the bull’s horns when I’m on this path anyway.

Had it not been for Obscura, I wouldn’t have known about Syok at Chulia Street. This place surpassed my expectation. Even Dorsett Penang can’t win this one. Honestly, I think it’s like staying with a big family. Everyone’s so warm and inviting for a chat, always available for a chat actually. Even my roommates are really cool too. I was told, a lot of the Obscurians are also staying here. We’ll see who I’ll bump into tomorrow morning.

The bed’s really comfy, all you need are here – with a good eye aesthetically too. Kudos Karen and her team! Heck, they’ll even lend you their umbrella too 🙂 Bicycles are available for rent as well.

For a moment, I had to remind myself that I’m only in Penang, not another country. Constantly reminding myself that there’s no timezone difference. Brain’s still going cuckoo I guess but I think it has a lot to do with the fact that I don’t feel like I’m in Malaysia at all. Pedestrians are able to walk a lot better here and I’ve been making friends with random people in an instant. It just has such a good vibe this state, how far ahead they’ve come now – truly, ultimately I can feel a great community is nurturing it’s power together.

I didn’t realised that Syok at Chulia Street is situated right smack in good food area. Only 3 minutes away and I’m back at my family’s favourite food joint for Nasi Kandar – Hameediyah at Campbell Street. Eating alone is really no big deal, in fact it’s the only time I can check on updates actually. 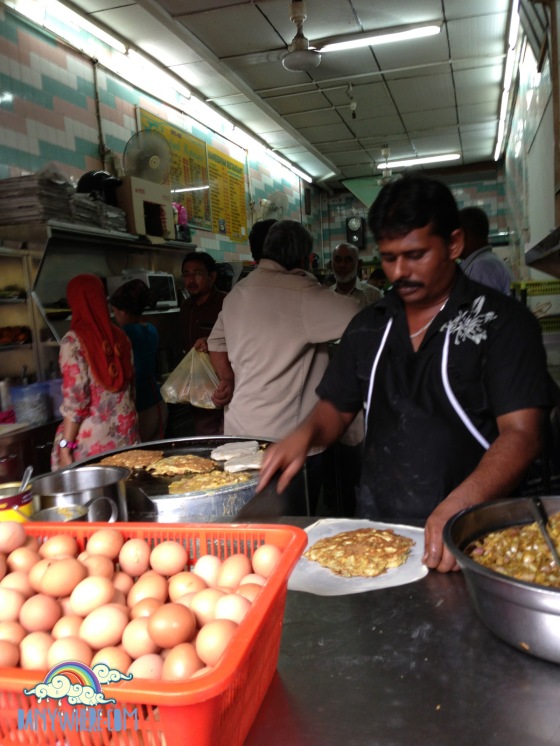 Then upon reading my email, I got to know that Che Mat’s students are required to register on site later in the evening at China House. It was only 4pm at that time. Slowly taking my time walking in the rain (thank you God!), I head back to Syok to grab Obscura’s map. Wasn’t sure how far China House was but I’m sure I can just walk to the other end.

When I asked one of Syok’s staffs about the direction, two guys who were chilling at the common area overhead my conversation and spoke out aloud saying that they too are heading the same place to check out Filmmakers Anonymous show and other exhibitions in China House. Hey hey!

It’s then that I got to know Adli and Kadir who runs their own creative space near where I live. Along the way Kadir found this particular shop that fits for his photoshoot or something like that in one of the lanes we walked.

When we arrived at China House, the show was already running and we dispersed. People actually offer you seats and make space for you. All this little gestures are so rare in KL that I’m easily amused by it.

At first, I felt like I stuck out like a sore thumb looking like a lost lamb and dressed up so..normal. Everyone looked like they below in this festival while here comes a kid who .. came with an open mind to learn. The movies were..interesting. There were one or two I really liked. Ramadan (Umar Muhajir) and Bajet (Zam Nayan).

See here’s the thing about shorties, often I come across either dark genre or emo. And it has become such a stereotype that it had me going “What else is there?” so when I watched Ramadan and Bajet which both are from different genre – one’s more self discovery and adversity while the other is about the quirky side to everyday life – it made me pay attention to the storytelling and craft. Both of which were executed well. There’s a certain depth and natural aspect to it, which I find more appealing. 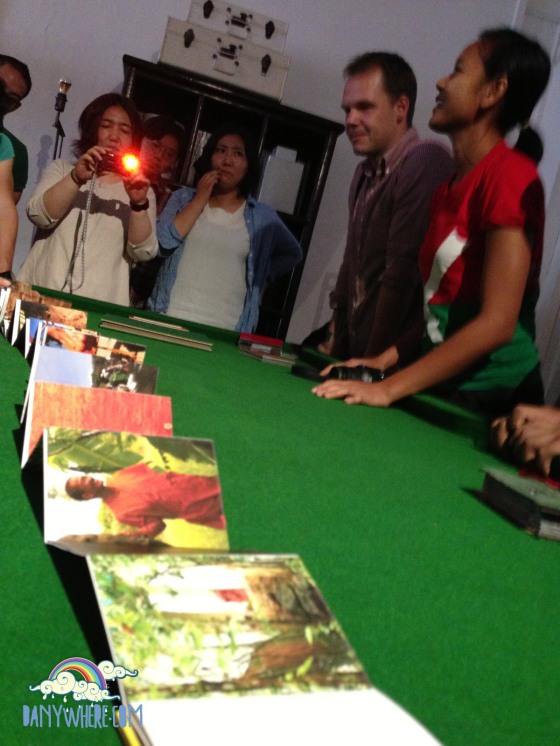 When the show ended, both Adli and Kadir nonchalantly introduced me to other Obscurians who then I got to know that our circle of friends are quite small. I also got to know that I have two more look-a-likes. People from all over the world are here for this, you’d be missing a lot of greatness if you decide to skip it.

Managed to even check out the Handmade Photobook Workshop by Yumi and Nozomi. which wrapped up today. I really wanted to join this one but oh well. The results of other people’s photobooks were really cool. Each one presented their book and told us their thought process, journey and ideas about it. Loved it even more on how they have to search their materials in Penang. So it’s just not about making the photobook by hand, it’s the journey and exploration. I’m such a sucker for that. Even the photographers who are here to exhibit participated too. It’s just such a shift, there’s no status, hierarchy of any type. Everyone’s like everybody..just with passion.

Then, Gianni Frinzi (an award winning publisher) had an impromptu talk about the books he published and won. It was suppose to be about showing his books but eventually with the Q&A session, it turned out as a proper talk about publishing books (mass or niche etc). Truly, in just a matter of hours, Obscura has managed to inject all sorts of awesomeness from every angle – it need not have to be strictly Photography but indirectly, it links back. Gianni spoke about how Amazon has changed the game with distributors and why self-publishing is more important now than ever.

One thing I realised during Gianni’s session is that in order to stay alive (literally and metaphorically) – a person has to have a few cards on the sleeve. Being a jack of all trades is really what’s gonna keep you awake and sated. It’s always finding ways to get something done, expand your mind and make the most of what you have. Not so much about making it big (I’m sure to a certain point it does) but it has a lot to do with striving for the best while keeping it balance because in the end it’s about communicating with your client and knowing what your audience wants. People tend to find commercialism to be..well over compromised but I don’t think that was the case with Gianni. You need a certain standard to achieve greatness and that standard is there for a reason. So strive it. Break it if need and don’t forget to have fun while doing it.

It’s those little pieces you know? Doesn’t necessarily mean it’ll change the world but with enough little things to make a difference, eventually it’ll give a big impact.

It is what it is. No short cuts. Just you and fun doing what you wanna do.

I’m so freaking grateful that Vig brainwashed me to go for his massive festival. No amount of words can describe it.

You know..you’re still not late to join the fun – Obscura goes on till Sunday June 30. So come!

Tomorrow, my Obscura fever begins..one I’m quite terrified to be honest. Why? I hear so many people say the same thing about my instructor – strict. Jeng jeng jeng..

“The real voyage of discovery consists not in seeking new landscapes, but in having new eyes.” – Marcel Proust

Umm..all photos above were taken with the iPhone. Sorry.